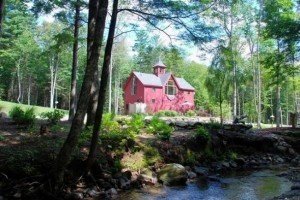 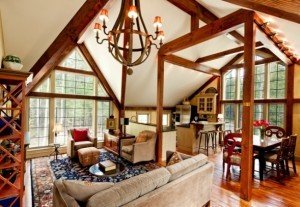 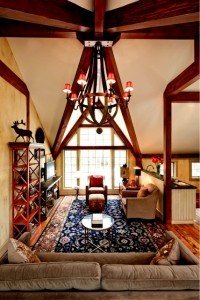 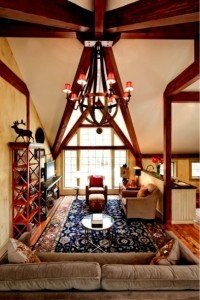 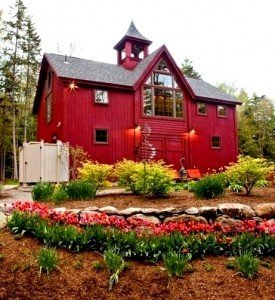 My first blog entry for Post and Beam Living was titled: Building the Post and Beam Dream.  Nearly four years into living in our Yankee Barn Homes carriage house, the dream has not lessened one bit. For my husband and me – a pair of empty nesters – living in such a beautiful structure has afforded us many wonderful experiences which have enriched our lives immeasurably. What follows are some of the more memorable moments which took place over the course of the summer of 2010, in and around our gorgeous Yankee Barn carriage house. 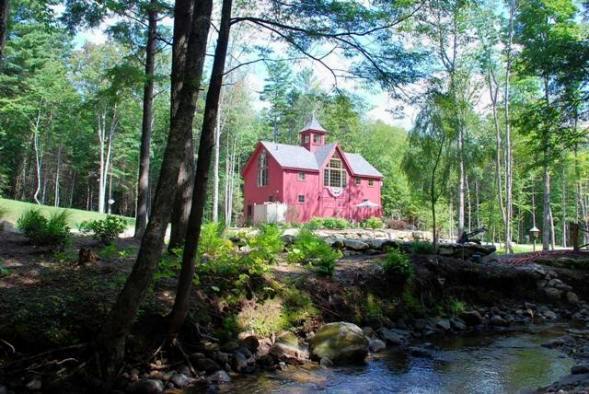 Two years ago was the summer of perpetual chaos, in a good way, but none-the-less chaos. Events began in June with a photo shoot of the carriage house, Zen garden and tea house, for which the photos would be used by Yankee Barn Homes, several magazines, advertisements and pamphlets. One day out of your life is truly not much, but when you’re expecting to get back into your home by 3 in the afternoon after the shoot has begun before 8 a.m., and you’re not back in until after 8 p.m., it feels like an eternity. Add two energetic young Boxer pups to this scenario and it’s extremely tiring. Had I known ahead of time the shoot would take so long, I’d have put the dogs in day care. Oh well, once I saw the pictures that crazy day was quickly forgotten. 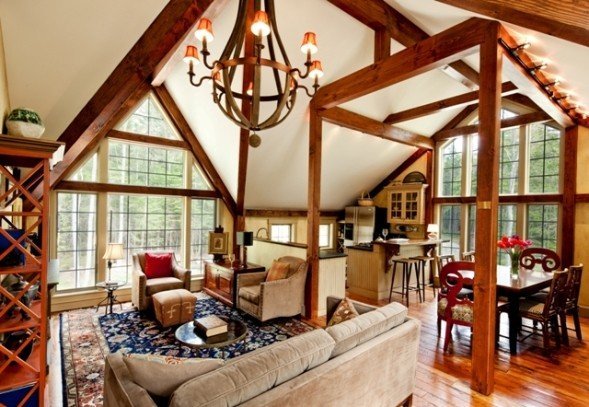 One of many interior shots taken during the first photo shoot of our home. 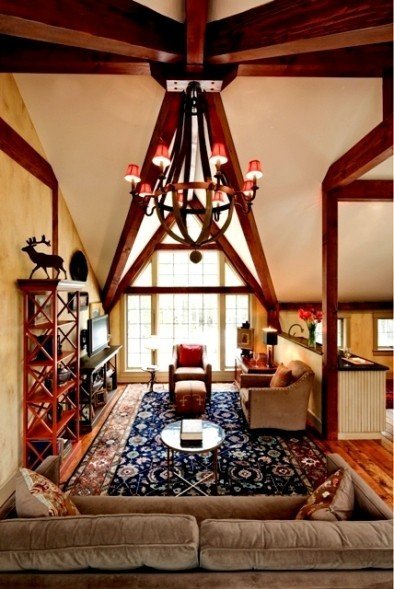 The same area of our home from a different angle. It should be noted that each picture taken during a photo shoot takes at least one hour to stage. 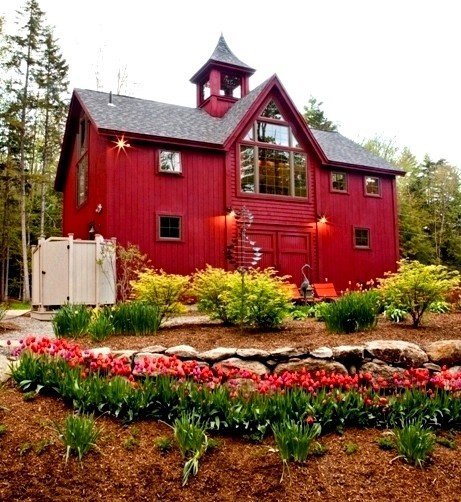 An exterior shot of our carriage house taken during the photo shoot. 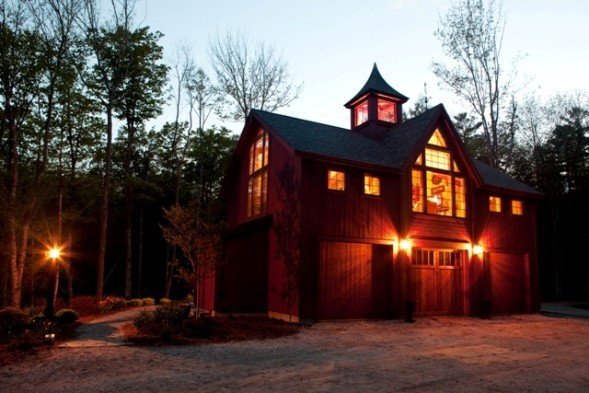 A lovely evening picture of the front of our home, also taken during the shoot. 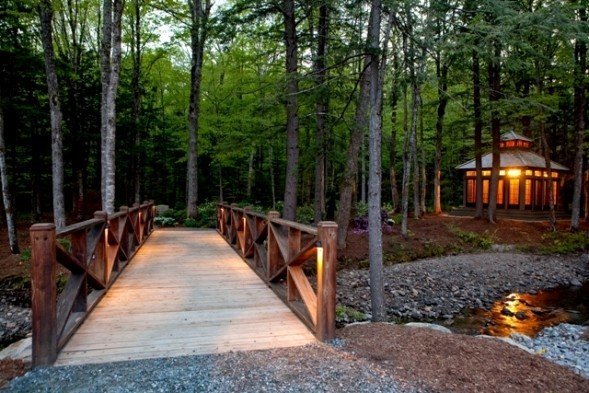 One of my favorite pictures from the shoot is of the bridge which leads to our Zen garden and tea house.

One month later came the shoot for yet another magazine. New Hampshire Home wanted to use their own photographer, hence an entirely new shoot needed to be done. At this point I should mention the house, the tea house and the gardens needed to be prepped again as none of the a fore mentioned stayed clean and/or in “photo ready” shape since the first shoot; think of the previously mentioned two Boxers and you’ll begin to understand why! Also, I’ve not yet mentioned the stealth pack of marauding deer which ate the leaves off of every single Hosta (a total of somewhere around 100 plants) in our gardens two days before the shoot! We had all new Hosta installed, at unbelievably high prices due to the need for mature plants, one day before the shoot! 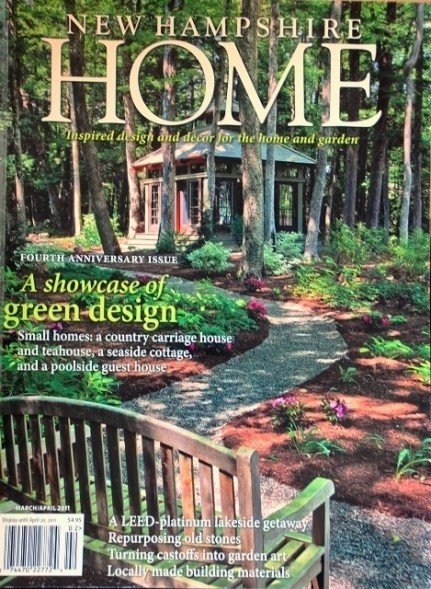 We were thrilled to learn not only had we gotten an eight page spread, but the cover as well! 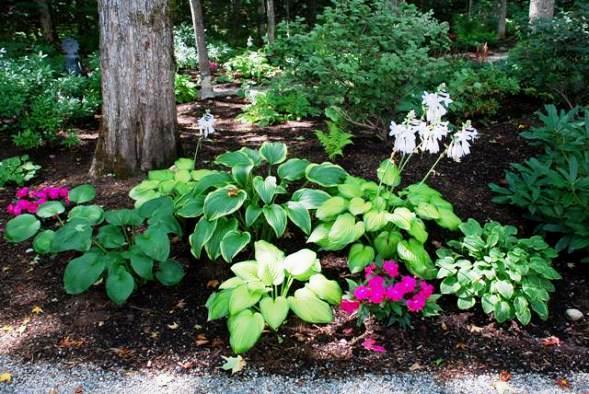 This photo shows eight of the new one hundred-plus Hosta we bought after the now famous deer inflicted carnage.

I know none of this sounds earth-shaking, but there is a phenomenal amount of time, effort and MONEY (particularly in garden prep, including but not limited to, the Hosta episode) involved in getting ready for a two day photo shoot. This time around my husband and I added to the expense by sending the dogs to the kennel and ourselves to Bermuda. 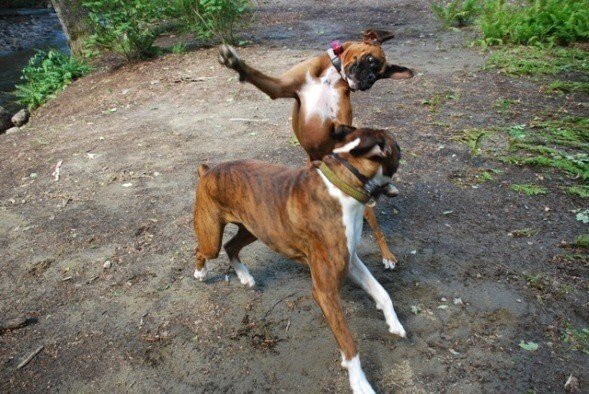 These two photos provide insight as to why we needed the house and grounds spruced up between the two photo shoots! 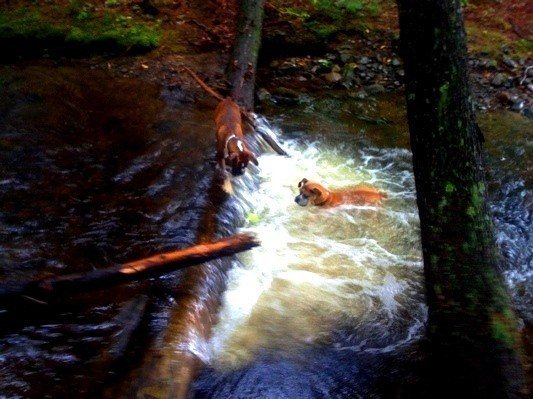 Need I say more? If you look closely, you’ll see the green tennis ball in the frothy water.

I have yet to mention the rather large wedding we were planning for my daughter, which was to take place the second week in September. A GARDEN WEDDING that included the use of every inch of our home, the gardens and tea house, and a newly installed expansive lawn, complete with a gorgeous stone retaining wall, for a very large tent! There will be much more on the wedding in Part II of this post. 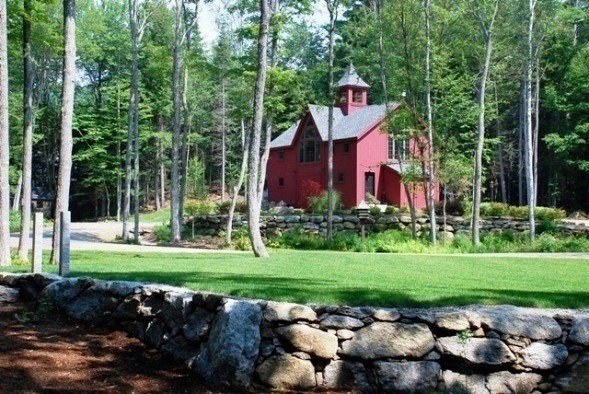 A glimpse of the yard and stone retaining wall we had installed specifically to accommodate the enormous tent for our daughter’s wedding. 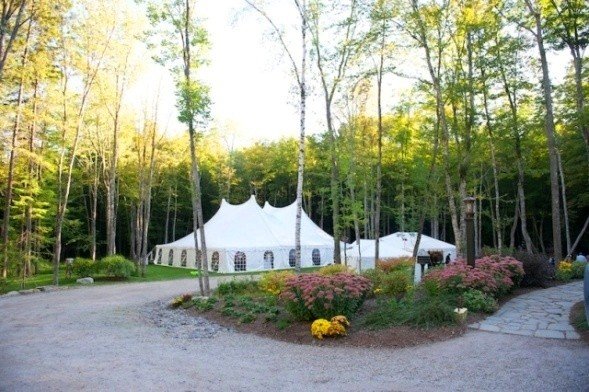 The tent securely in place on our new lawn the day of the wedding.

Due to a need for guest space as part of the upcoming nuptials, our lower garage bays were pressed into service. The conversion of what had been two car park spaces was a DIY project; we were already spending a king’s ransom between the two photo shoot preps and the upcoming wedding. We were figuratively hemorrhaging money at this point, so I did the conversion myself on a shoe-string budget. To this day, I thank my husband’s foresight at the need for a three-quarter bath which had been installed in the first bay during the construction of our carriage house. Also,  Kudos to both me and my husband for having radiant heat put in the cement floors of all three of our garage bays!

All things considered, I was extremely pleased with the results of the garage conversion. The only things I purchased for the change-over were paint, a closet pole and some curtain rings. All the other “stuff” you’ll see in the following pictures we already owned. 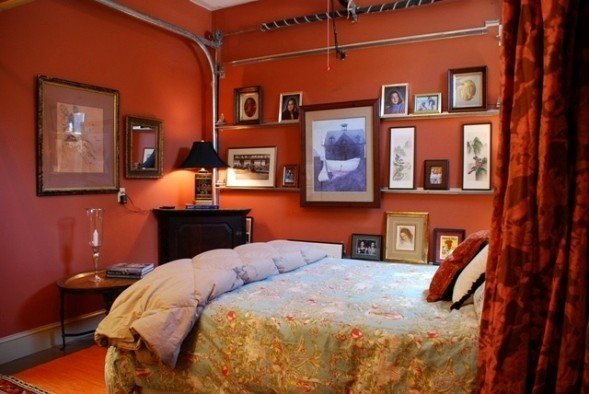 A queen-size bed fits nicely into the newly created guest room. As you can see the garage door and all it’s workings remain in place. 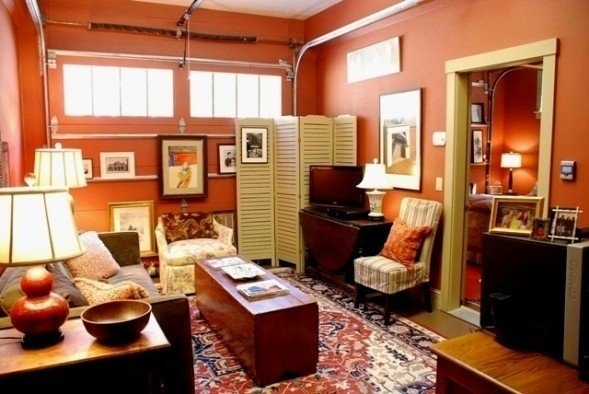 The new sitting/living room was formerly our middle garage bay. 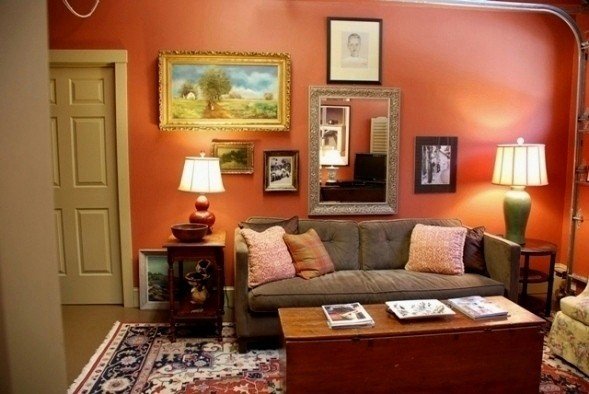 An alternate angle of the living room space.

Please check back later this week as I will give an account and pictures of the wedding and our everyday world as we live our version of the Post & Beam Dream. 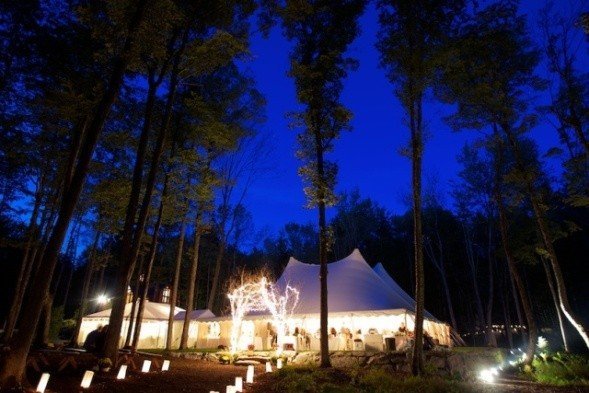 The wedding tent on a gorgeous September evening. Our carriage house can just be seen in the distance on the left side of this photo.

The title of YBH Go To Guru is definitely NOT a joke when it comes to Jennifer Hastings. Jennifer's official job title is Customer Representative, but in actuality what she does is so much more! Coming up on her three year anniversary with Yankee Barn, Jen is indispensable to both the customers and the staff. We fondly call her Jennifer Hastings, Trouble Shooter!

Our Teahouse and Zen Garden Get The Cover of New Hampshire Home Magazine!!

My huband and I are still in a state of disbelief, but there it is, on…

Design/Build Series II: So You Need To Create Floor Plans

IN our first Design/Build article, So You Want To Build A Home, Jeffrey Rosen and I addressed the topics of house orientation, size and architectural style. Today we discuss floor plans, including specific areas to take into account so they work for you now and in the future....
This Post Has 2 Comments